School of Engineering and Technology

Vikram University was established in Ujjain on 1 March 1957. Shri Ranchod Lalji Dhabai donated the land for it from Barnagar. The foundation stone of Vikram University was laid by the then Home Minister of India Shri Govind Vallabh Pant on 23 October 1956. The function was presided over by the Rajpramukh of Madhya Bharat State Late Jiwajirao Scindia.

The state of Madhya Pradesh was formed in 1956, and Madhya Bharat was merged into it. The Act relating to the University was accordingly amended. The amended Act of Vikram University No. 13, 1957 was published in Madhya Pradesh Gazette on 16 August 1957.

The Madhya Pradesh Universities Act was amended and published in Madhya Pradesh Gazette on 28 June 1985. As per the amendment, University Jurisdiction was redefined and demarcated in accordance with the Revenue districts of Ujjain Division, including Ujjain, Ratlam, Mandsaur, Neemuch, Shajapur and Dewas. Because of the new jurisdiction, the number of affiliated colleges decreased, and some new colleges were granted affiliation.
Read More

Two day National Seminar on “Impact of Technology on Business and Accounting: Issues & Challenges” on 25-26 March 2022 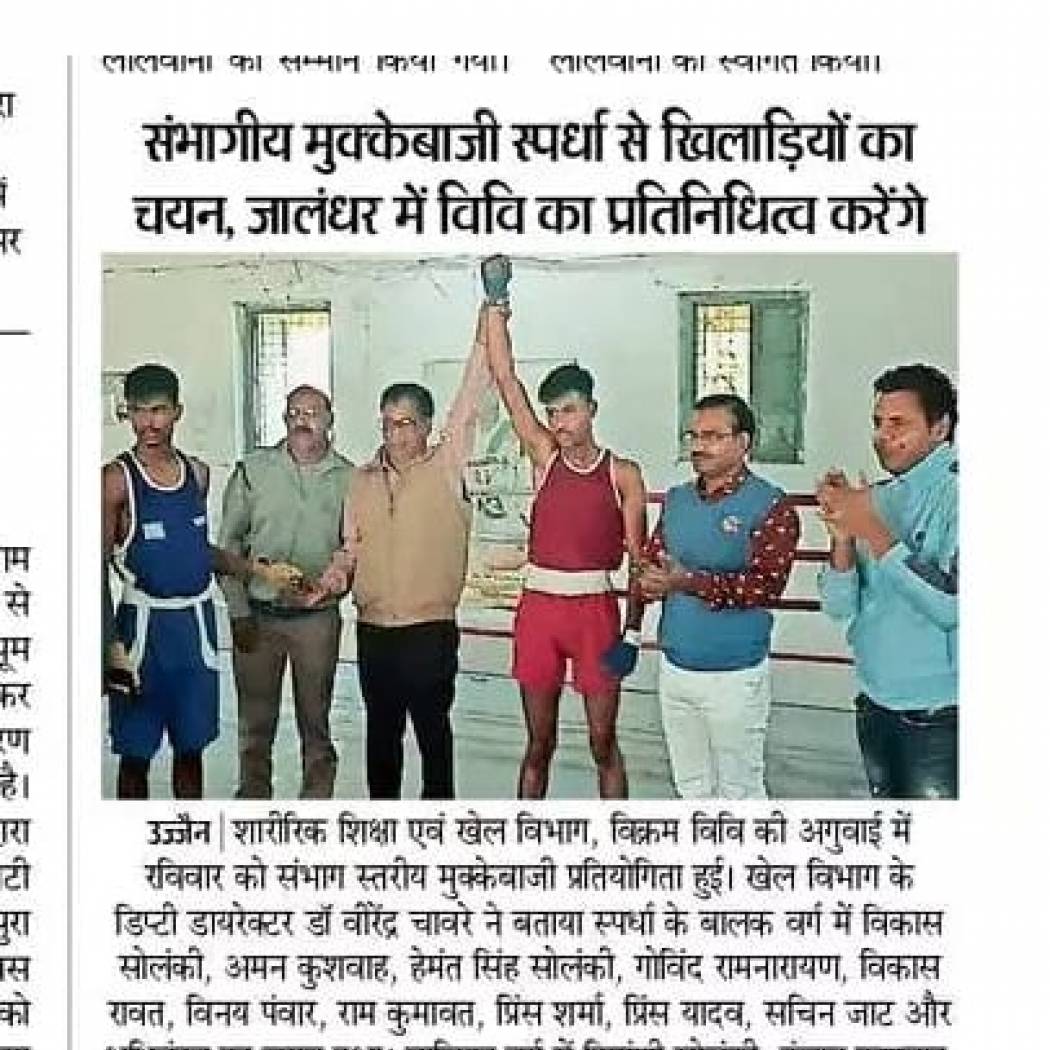 Selection of players of Vikram University from Divisional Boxing Competition

Publish the Menu module to "offcanvas" position. Here you can publish other modules as well.
Learn More.